Stephen Gadomski knows firsthand the power of God to transform lives. In 1989 he made a life changing commitment to Christ that turned him from drug and alcohol abuse and led him into a ministry that daily brings hope to those in the bondage of addiction.  Steve soon felt God calling him to start a Teen Challenge program in New Hampshire, so he began to reach out to men in prison and on the streets and helped them find a bed at Teen Challenge to receive the help they so desperately needed.

Steve and his wife, Noreen, have had the privilege of serving together in Teen Challenge since 1998. They have four adult children and are the proud grandparents of two grandchildren.

In 1997 Rick Welch was desperate to change his life after years of drug addiction and alcohol abuse. Hopeless and destitute, he decided to give Teen Challenge a try.

At the Teen Challenge center in New Haven, Connecticut, Rick found new life and new purpose. Eternally transformed, he longed to bring God’s healing touch to those who are as hopeless as he once was. Upon completion of the program, Rick decided to stay on and serve in the ministry, first as an intern and then moving to a staff position. He soon realized that he would never desire to do anything with his life except to serve God and to passionately bring the inspirational message of the Gospel to the addicted and to their hurting families.

Rick attended Global University and is credentialed with the Northern New England District of the Assemblies of God. He and his wife, Carrie, live in Johnson, Vermont with their son, Timmy.

Oscar Cruz serves as the Vice President of Finance of Teen Challenge New England & New Jersey and the Director of the Teen Challenge Brockton Men’s Campus. Oscar has been involved with Teen Challenge ministries for over 14 years.  At one point, living a normal life was beyond his grasp, but through the power of Jesus Christ and the ministry of Teen Challenge, Oscar’s life was changed! Oscar was just 14 years old when his best friend, his dad, walked out the door.  He had said he would leave many times before and that day he never came back. It was then that Oscar found drugs.  By age 16, he was a full blown addict and by 18 years of age, he had a drug possession record and nothing more than a string of shattered dreams and relationships.

According to statistics, Oscar was not going to make it. In desperation, he cried out to God and sought help at Teen Challenge. While at Teen Challenge, he surrendered his life to Jesus Christ as his Lord and Savior.  His life could have been considered beyond hope, but since coming to Teen Challenge, his life has been changed and his family has been restored from the devastation of addiction!

Oscar graduated from Southern California Teen Challenge Ministry Institute (TCMI) and completed his ministerial licensing studies from Global University. After graduating TCMI, Oscar served in inner-city missions at the Los Angeles Dream Center.  Oscar previously worked in business as a licensed California Real Estate agent.  Oscar’s life is now committed to serving the Lord and dedicated to the mission of Teen Challenge in New England. He finds great joy in seeing men set free from addiction. God has blessed Oscar with his wife, Allison and children, Kylie and Carter.   As Matthew 19:26 says, “With God all things are possible! 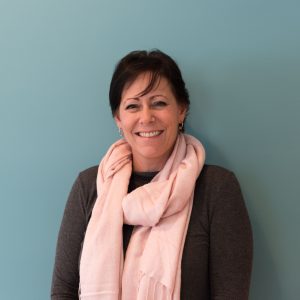 Tori Ferrari serves as the Director of the Teen Challenge New England Adolescent Girls’ Home.  Having once been a rebellious high school drop-out involved in an abusive relationship herself, Tori understands the need of a teen girl’s heart – to be loved unconditionally by her Lord and Savior.   This was the message she heard at the Teen Challenge Springboard Home for Youth in Crisis.  This was the message that forever changed both her life and eternity.

Tori has served in the Teen Challenge ministry for the past 14 years helping teen girls find the same hope and help that she found in 1985.  Since completing the Teen Challenge Springboard program, Tori returned to high school, graduated, received her BSBA and went on to complete both her Masters in Pastoral Ministry/Christian Counseling and her Doctorate in Biblical Counseling.  She is also an Ordained Minister with the Assemblies of God.

Once a teen girl who had forfeited her dreams and lost all hope, God has not only restored all things to her but blessed her beyond what she could have imagined.  She and her husband, Davide, have been married for 27 years and have two sons, Alfonso and Robert – both grown and serving the Lord.  Tori welcomes the opportunity to bring the hope God gave her to the heart and future lives of teen girls every day.

Keith is from the Boston area and grew up in Wareham Massachusetts. For 14 years, Keith was addicted to alcohol, cigarettes, and drugs. At his lowest point Keith was homeless and sleeping in a cemetery at night. Keith walked into the doors of Teen Challenge July 21st 2005.

Keith has been with Teen Challenge  for 11 years. He has served in Maine for four years.  Keith is attending Global University and will be taking his ordination test this year. Keith has passed his Assembly of God licensing test and is currently working towards his Drug Counseling certification.

Keith is fully committed to the purpose of reaching the lost and addicted for Christ in Maine.

Although Jonathan was exposed to Christian principles and biblical practices early in life, he drifted away from those teachings and adopted an atheistic worldview. Jonathan eventually found himself facing significant legal issues first as a juvenile and then as an adult that led him to seek help at Teen Challenge. He enrolled in the Brockton Campus program in July 2001 at the age of 20.

Three weeks after Jonathan entered the program, God revealed Himself to him mightily through Lamentations 2:17 and completely changed his outlook on life. Jonathan graduated the program in 2002, received his ministerial credentials in 2004, and is currently earning his Masters of Divinity at Gordon-Conwell Theological Seminary.

He and his wife, Tabatha, make their home in Rhode Island along with their two dogs, Spurgeon and Buster .

Todd Sheehan is the dynamic leader of Teen Challenge New Jersey. Since 2009 he has served with a passion and enthusiasm to make the ministry effective in reaching an increasing number of the addicted with the message of freedom and hope.

Todd entered Teen Challenge hopeless and desperate for a change. He describes his turning point: “Death was made very real to me, as I held my lifeless girlfriend, dead of an overdose of heroin and cocaine. That night we had been talking about changing our lives, and we decided that tomorrow was a good place to start. Tomorrow we would make a change. The tragic reality is sometimes we put things off until tomorrow and tomorrow never comes.”

Since Todd completed the recovery program in 2005, he served in various capacities at the Teen Challenge ministry in Manchester, New Hampshire before assuming leadership in New Jersey campus in 2009. He attended Global University and is a credentialed minister with the New Jersey District of the Assemblies of God.

Todd and his wife, Samantha, joyfully make their home in North Jersey with their cherished daughter, Evangeline.

Todd’s mission is to see even more lives transformed and families restored through the power of Christ in New Jersey. He believes “the best is yet to come!”

Twelve years of drug addiction drove Jacqui Strothoff to participate in every rehabilitation effort presented to her as she desperately struggled to overcome her addiction. Those years were devastating as she was committed several times to psychiatric hospitals and incarcerated for criminal activities.

During one of those stays in a psychiatric hospital in 1974, Jacqui experienced a life-changing encounter with the Lord Jesus Christ.

Upon her release, she entered New Life For Girls, a one year Christian residential discipleship program in Pennsylvania. From there, she enrolled in a ministerial training program at Rev. David Wilkerson’s Twin Oaks Leadership Academy in Texas, where she met her husband, Bob. They spent the next several years working in Teen Challenge centers across the country and then settled in Springfield, Missouri where Jacqui earned a degree in social work from Southwest Missouri State College.

Jacqui has ably served the Lord in a variety of capacities in churches and ministries. Her life and testimony has impacted thousands of hurting lives. Today that impact continues as she serves at the Teen Challenge Women’s Campus in Rhode Island, of which she is the Founder.

When Deb heard of her friend Jacqui Strothoff’s long awaited vision for a women’s home, the beauty of God’s plans for her life truly began to unfold. Together, they found the house on Elmwood Avenue that would eventually become the first Teen Challenge New England & New Jersey Women’s Home.

Since the doors of the Teen Challenge Women’s Home opened in 1994, Deb’s heart has been for the women of this ministry. Throughout her 20 years of service,  she has had the privilege of witnessing the miraculous power of God to transform lives in the face of addiction. It has been a tremendous honor and blessing to serve the ministry of Teen Challenge and she is constantly reminded of the Lord’s faithfulness because while using her to nurture broken women, He ministers to her own heart as well.

Deb lives in North Providence with her husband Joe, her dog Gloobie.  They have three adult sons, Joey, Tony and Mikey.

Joe entered Teen Challenge in February of 2011 after drinking and smoking as a teenager led to an intravenous heroin addiction. On the verge of divorce, Joe knew that he needed to change. Six weeks into the program Joe made a decision to surrender his life to God.  Since then God has been doing an amazing work in his life. Joe’s marriage was healed and relationships with family restored. Joe has worked for Teen Challenge Brockton since his graduation in 2012. He first served as Program Supervisor from 2012 – 2015 , then Assistant Director, and in 2016, as Associate Director.

Joe feels blessed to serve at Teen Challenge because it gives him the opportunity to see the miracles God does every day. He lives in Lakeville with his wife, Jeanne, their two girls, Reagan and Willow, and their dog, Bacon.