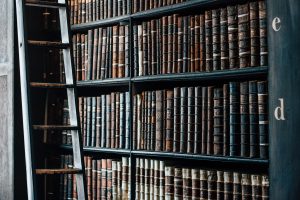 How Big is the Problem?

The statistics above tell the story of the drug epidemic that is sweeping our country. No community, family, socioeconomic class is untouched. Drug abuse cuts a reckless path of destruction through the lives of individuals and their families. It distracts from education and spoils opportunities for the future. It wrecks health, careers and finances. It devastates family relationships and robs the substance abuser of the ability to reach their God-given potential in life. Alcohol and drug abuse causes more damage than any other single problem in America today. It is an enormous issue, but there is hope.

Alcohol is the most commonly abused substance in America, by both adults and teens. One in every 12 adults, 17.6 million people, are alcohol dependent.  By 8th grade, 25% of students have been drunk, and by 12th grade, that number climbs to 62%.  Because teens drink and drive, car accidents are the number one cause of death for 15-20 year olds. Among college students under age 21, there are 50,000 alcohol related date rapes, and 430,000 assaults by students who have been drinking. More than 7 million children are abused or neglected because they live in a home where at least one parent is an alcohol abuser.

Alcohol affects every organ in the drinker’s body and can damage a developing fetus. Intoxication can impair brain function and motor skills; heavy use can increase risk of certain cancers, stroke, and liver disease. Alcoholism or alcohol dependence is a diagnosable disease characterized by a strong craving for alcohol, and/or continued use despite harm or personal injury. Alcohol abuse, which can lead to alcoholism, is a pattern of drinking that results in harm to one’s health, interpersonal relationships, or ability to work. Excessive drinking both in the form of heavy drinking or binge drinking, is associated with numerous health problems, including:

For more information on alcohol abuse, visit these sites:

Throughout New England and New Jersey, Teen Challenge is also the largest distributor of government-provided alcohol and drug information through its Drug Awareness Teams.

References for other drug information and statistics are provided at these sites: